How do zombies represent our deepest fear?

Monsters have nowadays gained popularity in the media. People are obsessed with these fictional creatures not only for their powers but also because they are out-standing and trendy. Baldini, a lecturer who plunges into monsters and their cultural significance, has proved the connection between the monstrosity and social issues with examples of the vampire, werewolf, Frankenstein, etc. She once said that zombies are blue-collar monsters that are the underdog of monsters. However, in my opinion, I think zombies are the ones that best embody modern societies’ anxieties by various significance behind their existence.

First of all, zombies represent our fear of being dehumanized. These rotting creatures carry animal instincts that don’t belong to humanity. Being the most intelligent species, we are educated to behave well and politely. If that is not the case, we will be obliged to confront our biggest fear, to be ostracized by society. Behind the love story in the Warm body (2013) movie of Jonathan Levine, I can see in R, the main zombie character, his desire to be accepted, to be loved and to be a human.

Our fear of apocalypse then presents tacitly through these walking dead. Zombies in movies such as Train to Busan, Walking dead, etc destroy everything and return modern civilization back to the early age where beings have to fight to survive. On the screen, cities and environments become abandoned, destroyed and decayed where people have to hide and struggle to live. From my point of view, these pale walking corpses are a threat that can harm our developed and cultured society.

In addition, the apparition of zombies reflects our anxiety of indifference. Along with the evolution of technologies, generation Z are accused of turning their back on social contribution. Fewer young people have voted in the recent US presidential election than older people. Furthermore, there was a demonstration in Hamburg, Germany, where protestors cosplayed zombies, to represent political disengagement and marched along the street during the G20 summit in 2017. In my opinion, these zombie herds, which are mostly depicted as a deadly army attacking everyone nearby, reflect the preoccupation of the society with the apathy of the new generation not only on politics but also on other aspects of life like relationships, environment, traditions, etc.

Finally, zombies embody our fear of mass contagion. In movies, zombies’ invasion always begins with a contaminant and then spreads widely into an epidemic when they bite each other. This paradigm is similar to other virus pandemics in human history such as Covid-19, HIV-AIDS, rabies etc. Our society has just lived through a hard year because of the Coronavirus, so I think we can easily relate to this fear.

In conclusion, among fictional monsters, zombies are not the visually scariest creatures, but they are the ones that catch my attention the most by their reflection on cultural, political, and social fear. Through the figures of rotting and stumbling corpses, we can be aware of our unconscious worries of the apocalypse, uncivilization, apathy, and epidemic. 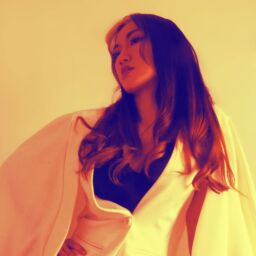